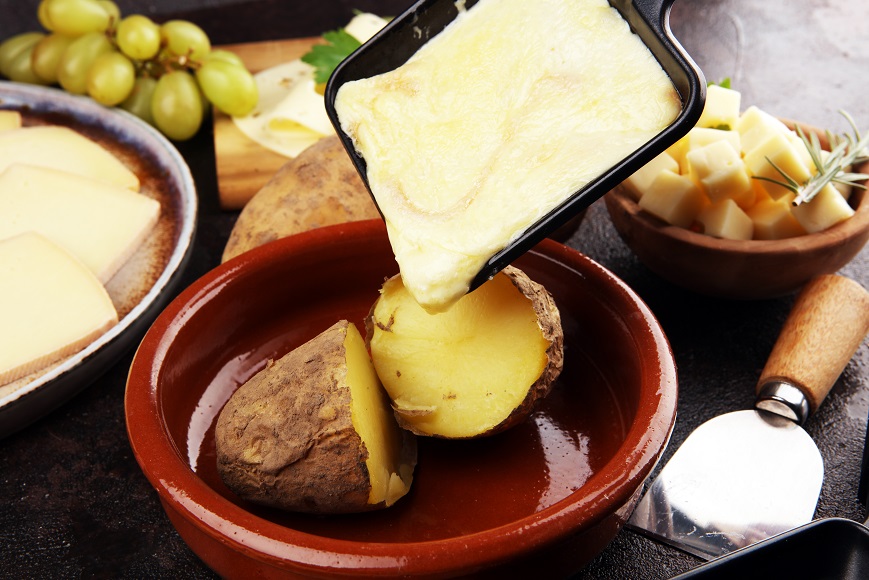 Swiss cheese makes an important contribution to the vitamin K2 supply. An important vitamin for blood clotting, for the cardiovascular system, for the bones and fights inflammation. Especially semi-hard cheeses and cheeses with a propionic acid fermentation have a high content of vitamin K2.

To be fair, it must be pointed out that applies also to industrial cheese.

The article originates from

Walther B. and Schmidt R

Reprint of the article (Translated by Deepl)

Vitamin K2 has a central function in blood clotting as well as a positive influence on bone and cardiovascular health. Cheese is an important dietary source of this microbially produced vitamin.

Vitamin K was discovered in connection with its central function in blood clotting. Meanwhile, its contribution to other aspects such as bone and cardiovascular health and anti-inflammation has been recognized and increasingly studied.

The microbial origin of vitamin K2 brings fermented foods into the focus of alimentary care, and thus also cheese, a food known from the literature for relevant levels of this vitamin.

Until now, there was no overview of the vitamin K2 content in Swiss cheeses in order to be able to classify their contribution to the alimentary supply of the Swiss population.

121 samples were collected, which were grouped into ten groups.

Fat and water content, as well as the amount of the different types of vitamin K2, the so-called menaquinones (MK-4 to MK-10), were determined from all samples. Where possible, information on the cheese cultures used was also collected. The analyses were performed at the typical consumption maturity for the cheese type.

Mean contents of the different menaquinones (MK-n) in Swiss cheeses.

The main influencing factors are the bacterial strains used and the firing temperature, which has a direct influence on the bacterial species. Mesophilic lactic acid bacteria such as Lactococci and Leuconostoc are known for their potential to form menaquinones. Thermophilic bacterial strains as well as high firing temperatures lead to reduced amounts of menaquinones. In Emmentaler, the hole-forming propionic acid bacteria are responsible for the formation of MK-9(H4), which is typical for the variety.

Contribution to the supply

With an average cheese consumption of the Swiss population of 40 g per day, men can consume 14-17% and women 13-14% of the recommended daily amount of vitamin K2. Traditional cheese dishes such as raclette and fondue provide large amounts of vitamin K2 per meal, even exceeding the daily requirement.