A cheese for the homeland, peace and youth

It was inspired by the unofficial national anthem of the canton of Fribourg and the young Count Antoine de Gruyere. L’Antoine was created by the mercenary and alpine shepherd Antoine in the 17th century. 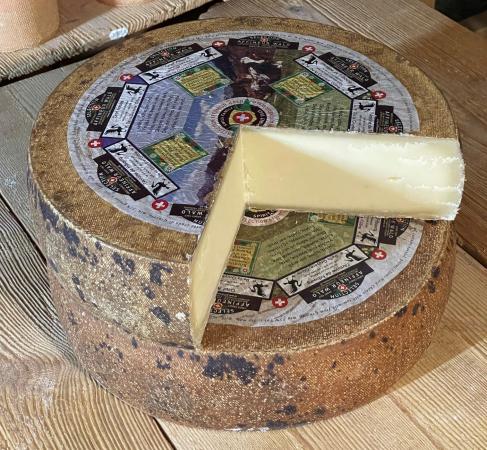 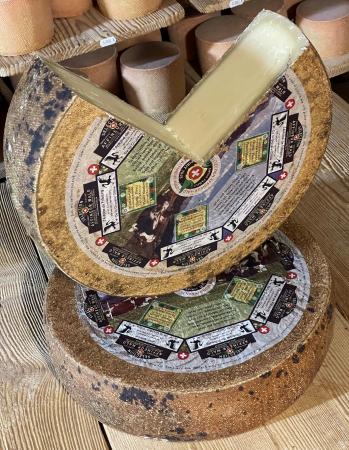 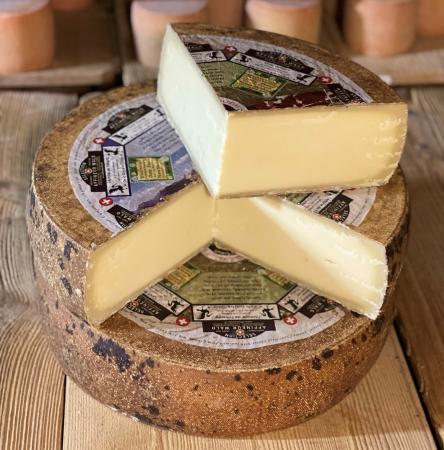 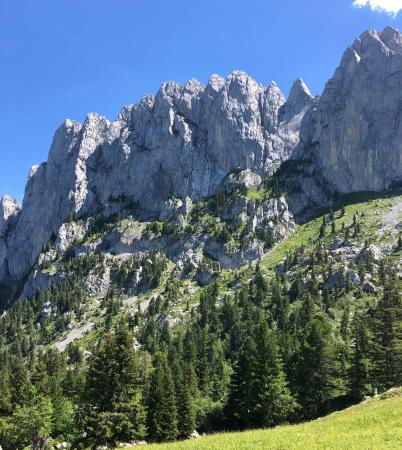 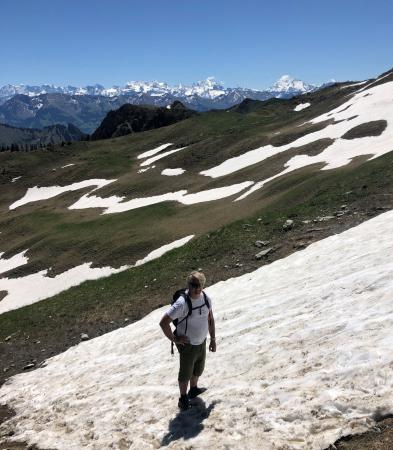 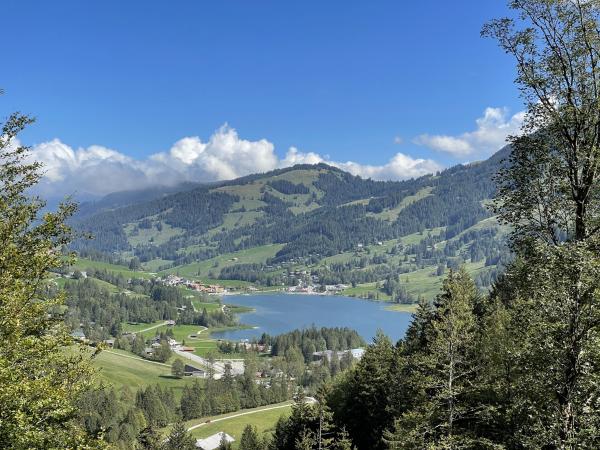 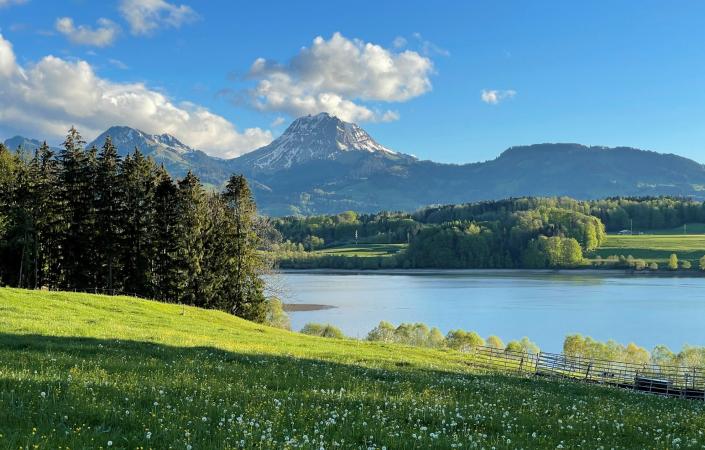 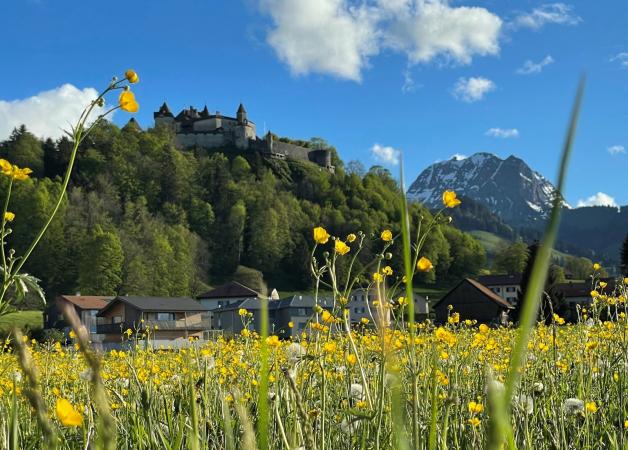 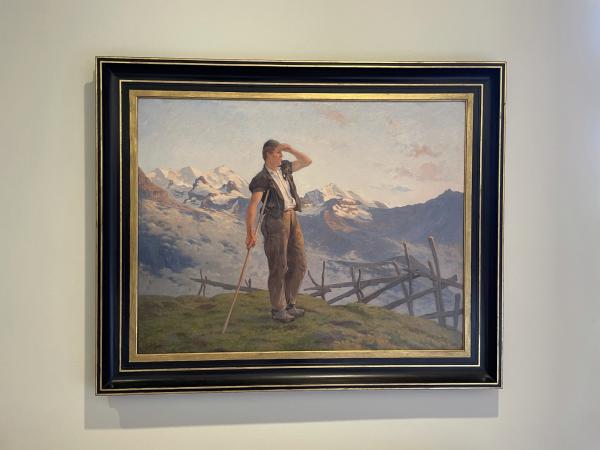 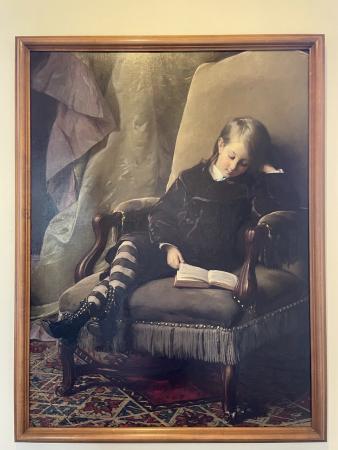 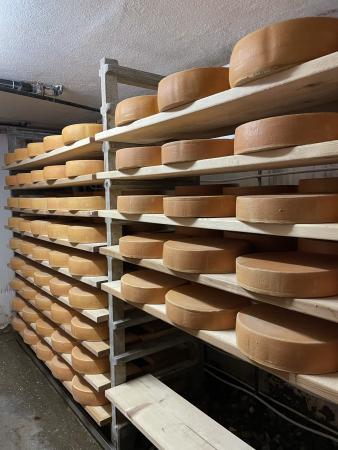 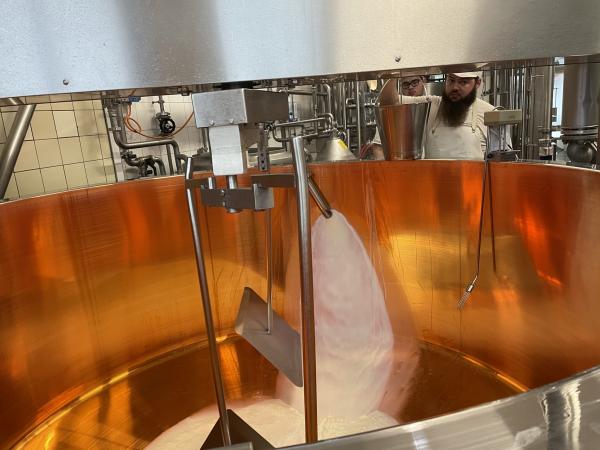 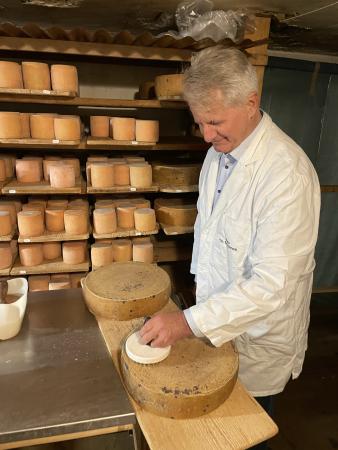 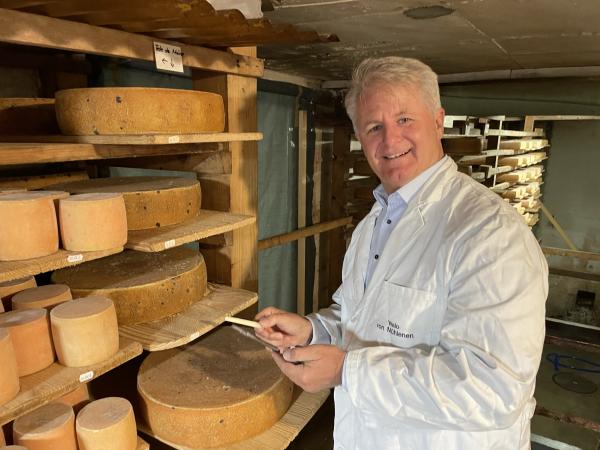 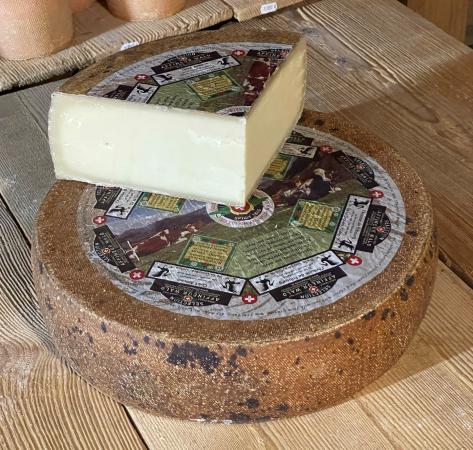 In the 17th century, Gruyere was a poor mountain region where people had to hire themselves out as mercenaries in order to survive. This is how Antoine, the son of an alpine herdsman, came to be in the service of King Louis XIV of France. He was just a simple soldier who missed home and his family.

One day on the battlefield, his homesickness was so strong that he sang a shepherd's song from his homeland. A song about the bold, the mountains and the cheese. The striking refrain Lyoba also aroused the homesickness of the other soldiers.
The desire to return home became so strong that they left the battlefield, thus ending the war. Since then, it was forbidden to sing this song under threat of death.

For a long time I had the vision of creating a cheese from the canton of Fribourg. Searching to fulfil this vision, I began my long journey through the canton. From the Gantrisch, over the Berra to Jaun. (Anyone who has ever walked from Schwarzsee to Jaun knows : it's a long way. Especially if you then have to walk back).

As Antoine approached his home after a long arduous and dangerous journey, he saw Gruyere Castle from afar. This reminded him of his namesake, Comte Antoine, who lost his father and grandfather in the war at the age of 9. So in 1404, as a boy, he had had to take over his father's inheritance.

It reminded Antoine that he, too, had almost lost his homeland because of the war and so he committed himself to peace for the rest of his life. He stayed in Gruyere became a cheese artist and developed many different cheese recipes.

My search continued towards the Moleson, the landmark of the Gruyere district. A striking 2000m high mountain at the foot of which lies the small town of Gruyere and his castle Castle. That's when I came across the story of the two Antoines and knew that I should try to find one of Antoines old recipes. A cheese made from the milk of the Gruyere County, with a longing for home and a strong character even at a young age.

Inspired, the search continued. Then chance came to my rescue. In a 100-year-old cheese cellar in the Bernese Oberland, which is still traditionally furnished - with lots of wood and no artificial cooling or humidification - they handed me and my daughter Fabiola a cheese to try. It was delicious and brought a hint of melody but was not yet a revelation. I asked where the cheese came from and lo and behold, it came from a cheese dairy above Lake Gruyère. The recipe for this cheese was developed in the 17th century. So, I thought to myself that the cheese must be given another chance and we let it mature for a few months.

After another 4 months, the cheese was now 9 months old, we tested again and were thrilled, this wonderful cellar had worked its magic once more. Just like Count Antoine at 9 years old, this cheese was ready at 9 months.

Now it was time to meet the cheese maker on Mont Gibloux. We found a typical village cheese dairy in the middle of lush flower meadows, run by the family. Below the meadows lies Lake Gruyère. A picturesque lake with islets, it is fed by the Saane, the river that flows through the entire canton of Fribourg. On its banks are many small villages and, in each village, a local speciality is produced and of course the Lyoba often sounds in this area. The cheesemaker explained to us that the recipe for the cheese is an ancient one, which according to legend goes back to Antoine the mercenary and shepherd.

What was missing was a name for the cheese. Antoine had it to be and thus we finally called it

A strong character, creamy and elegant to match the landscape. With a floating aroma, like the mist over the lake, yet strong, like the lush flower meadows and generous like the blue sky. A cheese that ennobles every cheese platter, every dish, every fondue and every raclette.

This cheese is dedicated to home, peace and youth. A cheese that captures the taste of music and makes the longing for home more bearable.

A little information about the district and the county of Gruyere

Today's Gruyere district is much smaller than the old county. The county still includes the entire Saanenland with the well-known towns of Château-d'Oex in the canton of Vaud and Gstaad in the canton of Bern. In addition, a large part of the present-day Glâne district up to Romont was added.

Comte Antoine is not the only character head from the Gruyere district. When you visit the town and the castle of Gruyere, you will also come across the museum of H.R. Giger 1940 - 2014. He was the creator of the alien in the film of the same name and in 1980 he received an Oscar for it. He lived in Gruyere Castle and was buried there.

The Hymn of the Gruyere District

You will often hear a song in Gruyere of which you probably only understand Lyoba, the rest is in Gruyere dialect. Which only very few understand and even fewer speak. It's about the shepherds of the Colombette who call their cows to be milked so that they can make cheese.

Here is the chorus:

Interpretation of "Ranz des vaches" by I Murvini at the Paleo Festival in Nyon. I Murvini is a Corsican music group that mainly reinterprets Corsican folk songs.

If you look further, you may also come across the local currency, the grue. This local currency was first created around 1554 by the last Comte Michel of Gruyères, who wanted to use it to avert his impending bankruptcy. This unfortunately failed and so the La Grue disappeared until it was brought back to life in 2019. La Grue the crane is the heraldic animal of the district of Gruyères.

While hiking, you may also come across one of Gruyere's most famous mountain ranges, the Gastlosen an inhospitable structure, but a climber's dream.

If you need to relax, you should visit Charmey, a small mountain village with thermal baths and impressive nature. Do you kite or surf?  Then head for Lake Gruyère.

I almost forgot, there is also a cable car and a Via Ferata leading up to Moleson.

A visit to Gruyere is always worthwhile, and not just for the cheese.